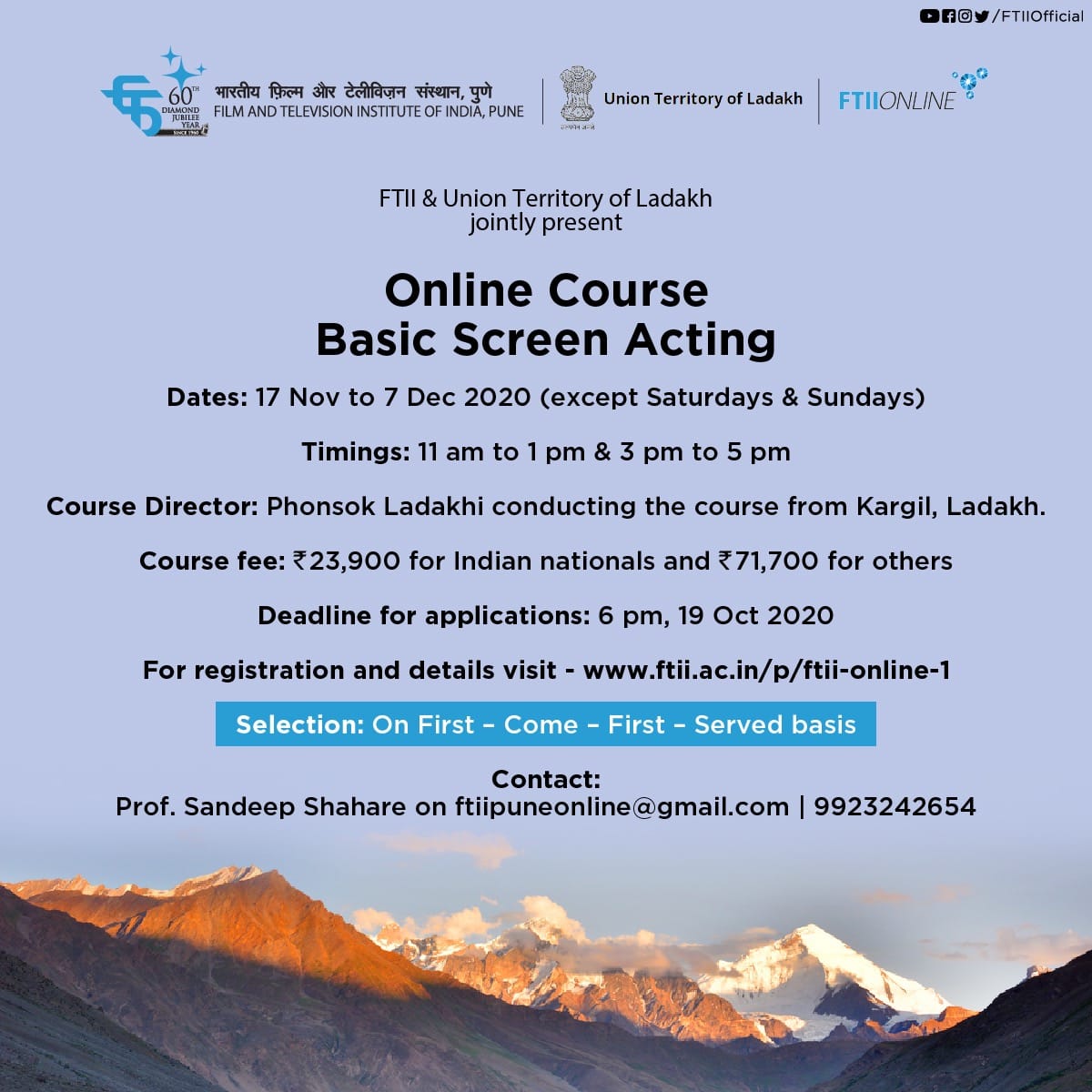 After conducting a successful Screen Acting Course in Leh in August 2020 which was inaugurated by Sh R K Mathur, Lt Governor of Ladakh , the Film and Television Institute of India (FTII) and Union Territory of Ladakh have now jointly announced another Screen Acting Course, this time in the strategic Kargil district.

Although being conducted from Kargil, the Course will admit local participants as well as those from across the country and abroad.

Phonsok Ladakhi is a veteran Screen Acting teacher and a rare combination of an actor, Yoga teacher and  Vipassana practitioner. He has devised a unique approach to acting; one that integrates the skills and practice of  Yoga and Vipassana with Stanislavski's method acting. His design uses the subconscious mind both as a source of creativity and also for unfolding the deepest potential of every individual. Mime and movement are his forte. A Yoga master since the last 35 years, he regularly conducts Yoga sessions for the Indian Army in Ladakh.